The Song of Hiawatha Directed by Jeffrey Wengrofsky

The Song of Hiawatha Directed by Jeffrey Wengrofsky

Sneak Preview Premiere and Other Shorts

Howl! is pleased to present a 20-minute preview sample of Wengrofsky’s The Song of Hiawatha, a feature-length documentary film about the American counterculture as lived by Hiawatha Bailey, a Native-American and African-American political activist and musician, who was a pioneering black hippie and among the first black punk rockers. A story told at the intersection of race, sexuality, and indigenous people, the film aims to portray the energy, brilliance, idealism, beauty, humor, recklessness and tragedies of his life and times. This program also includes two short films: Jo Boobs Teaches the Va-Va Voom!, about the School of Burlesque Headmistress Jo “Boobs” Weldon, and The Party in Taylor Mead’s Kitchen, which is about the late Taylor Mead – Beat poet, Warhol Superstar, poet, actor, painter, raconteur, homosexual, and quintessential bohemian.

read more about Song of Hiawatha 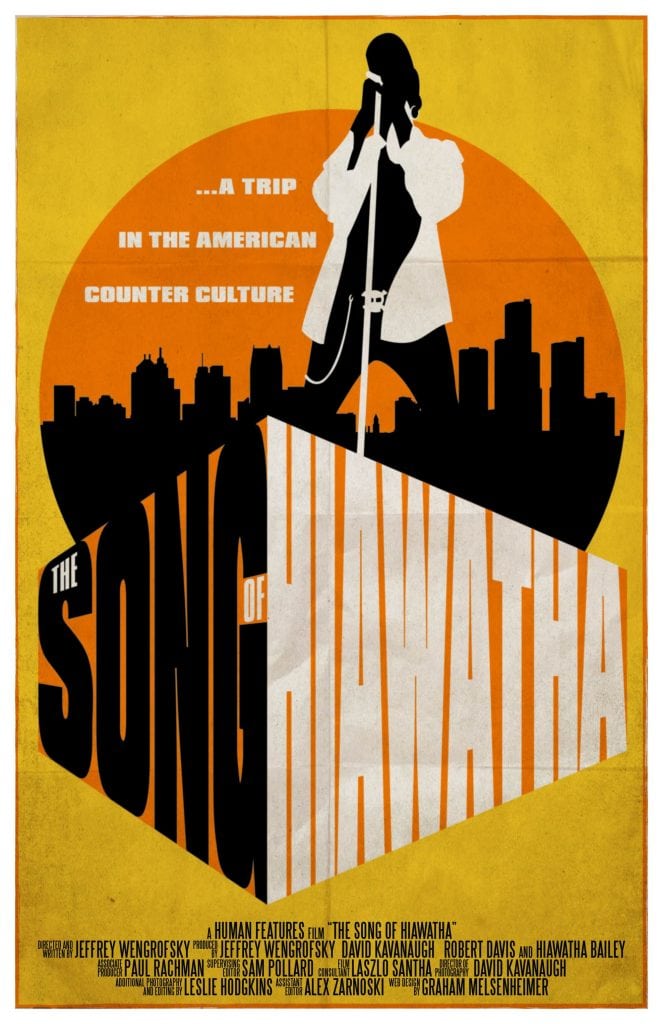