The moon is wide open and magnetic. My bones are made of metal but my body ain’t open. Still there is a strong draw.

I rise to the moon like a jangly skeleton. Stiff from alternating bouts of shoveling dirt and Hulu binges. I’m called to dance and since I don’t want to be weighed down I’m reticent to eat too much. So it’s BBQ chips for dinner again…

…. and at least I can dance briefly with the moon. —John Pizza

“Performance is anything done with purpose and style.” —Tom Murrin

Howl! Happening is home to the archive of Tom Murrin, aka the Alien Comic and the Godfather of Performance Art. Every full moon—without fail, paid booking or not, in all seasons and whatever the weather—he performed his Luna Macaroona Full Moon Show. When he had a club date that fell on the full moon, he’d wrangle his friends to perform as guests—pushing the careers of such groundbreaking performers as David Cale, David Sedaris, Amy Sedaris, Blue Man Group, Ethyl Eichelberger, Lisa Kron, and many others. When he didn’t have a club date, he performed on the street for passersby, transforming the pedestrian atmosphere with his madness and magic. 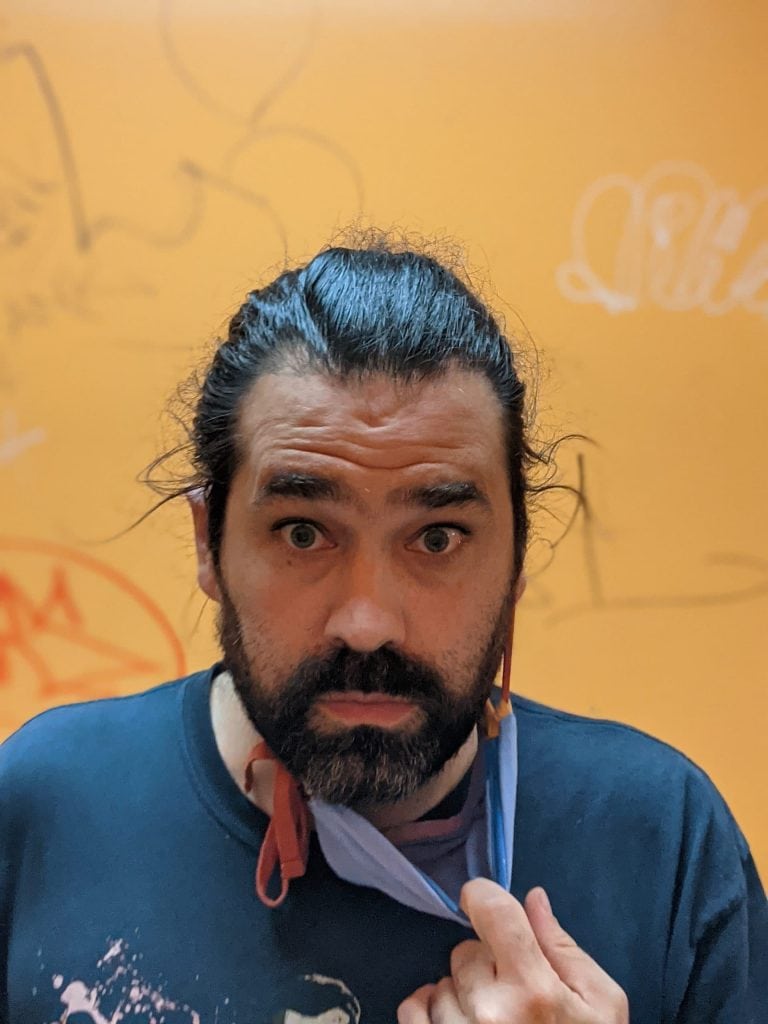