Thomas Lanigan-Schmidt: Tenemental (With Sighs Too Deep for Words)

Howl! Happening: An Arturo Vega Project in cooperation with Pavel Zoubok Fine Art is pleased to present Tenemental (With Sighs Too Deep for Words), a survey of works by pioneering artist and Stonewall veteran Thomas Lanigan-Schmidt (b. 1948). Enduring some five decades—and continuing to influence subsequent generations of artists—Lanigan-Schmidt has evolved a wholly unique visual language of reflection and refraction. With sources ranging from Byzantine iconography to contemporary kitsch, he incorporates dazzling alternative materials such as tinsel, Mylar, foil, cellophane, plastic wrap, household staples, and glitter into densely layered mixed media constructions and environments.

Beyond their glitzy surfaces, his works point knowingly to the complex intersections of sexuality, class, and religion. Featured in the exhibition is his poignant autobiographical installation Mysterium Tremendum (late 1980s), consisting of 125 baking pans adorned with paintings and the handwritten tale of an altar boy named Willie—who falls in love with a boy, is then bullied and beaten to near death, contemplates suicide, and finally finds the strength to live through artmaking. Interwoven throughout the exhibition will be his luminous towers, homoerotic Knick Knacks, and intricate Venetian Glass works, along with timeless ephemera in the form of handwritten flyers, photo-booth portraits, and direct source materials, illuminating the breath of his work and life.

In anticipation of the 50th anniversary of the 1969 Stonewall rebellion, Tenemental honors Lanigan-Schmidt’s unique contribution to both the language of art and continued struggle for LGBTQ liberation. The exhibition is accompanied by a full-color catalog with essays by Dan Cameron, Carlo McCormick, Agosto Machado, and Roger Wieck, and well as an interview with Jonathan Weinberg

Thomas Lanigan-Schmidt is represented in the collections of the Metropolitan Museum of Art, Whitney Museum of American Art, MoMA, Brooklyn Museum, Ludwig Forum für Internationale Kunst, Ackland Art Museum, and Wadsworth Atheneum Museum of Art, among others. He has exhibited extensively throughout the United States and Europe, including the 1980 and 1984 Venice Biennales, the 1991 Whitney Biennial, and the 1999 exhibition The American Century at the Whitney Museum.

Lanigan-Schmidt has been an instructor in the MFA program of the School of Visual Arts in New York City since the mid 80s and has served on the governing board of the Skowhegan School of Painting & Sculpture in Maine since 1992. In 2011, he was the recipient of the Louis Comfort Tiffany Foundation Biennial grant and in 2017 received awards from the American Academy of Arts and Letters, and the National Academy of Design. In June 2009, Lanigan-Schmidt was honored at the White House by President Barack Obama for his courageous participation in the 1969 Stonewall rebellion, and in 2016 he was the keynote speaker when the Stonewall Inn became a national monument. Lanigan-Schmidt was the subject of the critically acclaimed 2012 retrospective Tender Love Among the Junk at MoMA PS1, curated by Peter Eleey. 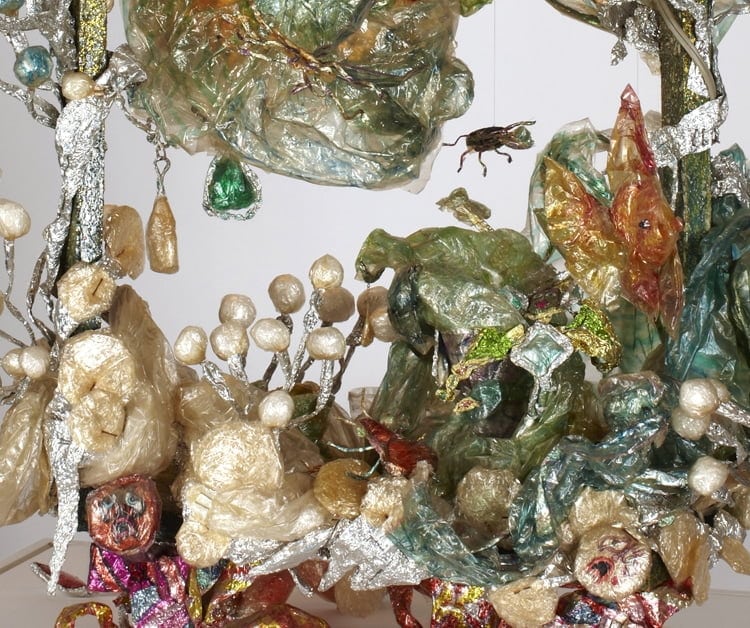 Thomas Lanigan-Schmidt: Tenemental (With Sighs Too Deep for Words)