Howl! Happening is pleased to present Unfolding, an intergenerational collaboration by Ori Carino and Lee Quiñones. From the diversity of styles cultivated on the Lower East Side comes an installation curated by cultural commentator Carlo McCormick.

Drawing power from a legacy of innovation, public engagement, multiculturalism, and self-expression, Ori Carino and Lee Quiñones connect through a complex system spanning decades to produce a multilayered installation. Using an innovative technique developed by Carino, the artists paint on multiple layers of silk to create up six imprints that resemble the valleys and ridges of fingerprints or the engraved portraits on money. The installation will feature a freestanding set of painted “veils” by both Carino and Quinones. The translucency of the painted silk allows the viewer to see the separate layers as one shimmering piece, at once three-dimensional and temporal.

Growing up in the Lower East Side where Lee Quiñones was king of graffiti, Ori Carino aspired to be like his hero as he honed his skills as a muralist. Through their mutual friend Carlo McCormick, Carino approached Quiñones to collaborate on this one-of-a-kind installation.

Ori Carino was born in 1982, and grew up in a loft and functioning art gallery on Houston Street. A lifelong artist, Carino was raised among pivotal figures of the 80s post-dada art movement in the Lower East Side, who staged exhibitions and performances in his loft. As a young boy Carino painted with Keith Haring. In high school, he airbrushed garments and spray-painted neighborhood walls, completing his first independent public mural at age 14. In 1985, he participated in performance photos by Toyo Tsuchiya and was included in the Rivington School exhibition at No Se No, which also featured Ai Wei Wei and Kazuko Miyamoto.  His Mars Bar mural series continued for nine years, until the building was demolished in 2010.

Carino’s work is included in several important collections in Europe, Asia, and the U.S., including the Pao and Venet collections.  His recent show, Voided, at Howl! Happening presented his solo works and those from his long-standing collaboration with Benjamin Armas. Carino continues to create work full time at his Brooklyn art studio, and directs the archive and estate of the iconoclastic Lower East Side artist Toyo Tsuchiya.

Lee Quiñones was born in Ponce, Puerto Rico, in 1960, and raised in New York City’s Lower East Side. One of the originators of street art, Quiñones started painting on city streets and subway cars in the 1970s. Over the next decade, he would paint over 100 whole subway cars throughout the MTA system, to then shift to a studio-based practice. Lee was instrumental in moving street art above the ground when he created the first handball-court mural in 1978. He has presented numerous solo shows and exhibited internationally; his first exhibition was at Galleria La Medusa, Rome, in 1979.

In 1980, Lee had his first New York show at White Columns, ushering in an important era as spray paint made the transition from moving objects to stationary canvas works. His work has been featured in seminal exhibitions like the Times Square Show (1980), Graffiti Art Success for America at Fashion Moda (1980), New York/New Wave at PS1 (1981), and Documenta #7 in Kassel, Germany (1983) . In the past decade, his drawings and paintings were in East Village USA at the New Museum of Contemporary Art (2005), The (S) Files at El Museo del Barrio (2010), and Looking at Music 3.0 at MoMA (2011). Quiñones’ solo shows include MoMA PS1, Contemporary Art Center (CAC) in Cincinnati, Fun Gallery, Barbara Gladstone, Galerie Rudolf Zwirner, Lisson Gallery, Barbara Farber, and Nicole Klagsbrun, among others.

In 1983, Quiñones starred in Charlie Ahearn’s influential film Wild Style, which served as a blueprint for the emerging hip-hop and street-art movements. Lee also appears in Blondie’s Rapture video and in the film Downtown 81. His work is seen in Tony Silver and Henry Chalfant’s 1983 documentary Style Wars and Manfred Kirchheimer’s Stations of the Elevated. Quiñones’ paintings are in the permanent collections of the Whitney Museum of American Art, MoMA, Brooklyn Museum, Museum of the City of New York, Groninger Museum (Groningen, Netherlands), and Museum Boijmans Van Beuningen (Rotterdam, Netherlands). The artist lives and works in Brooklyn, New York.

Carlo McCormick is an American culture critic and curator living in New York City. He is the author of numerous books, monographs, and catalogs on contemporary art and artists. 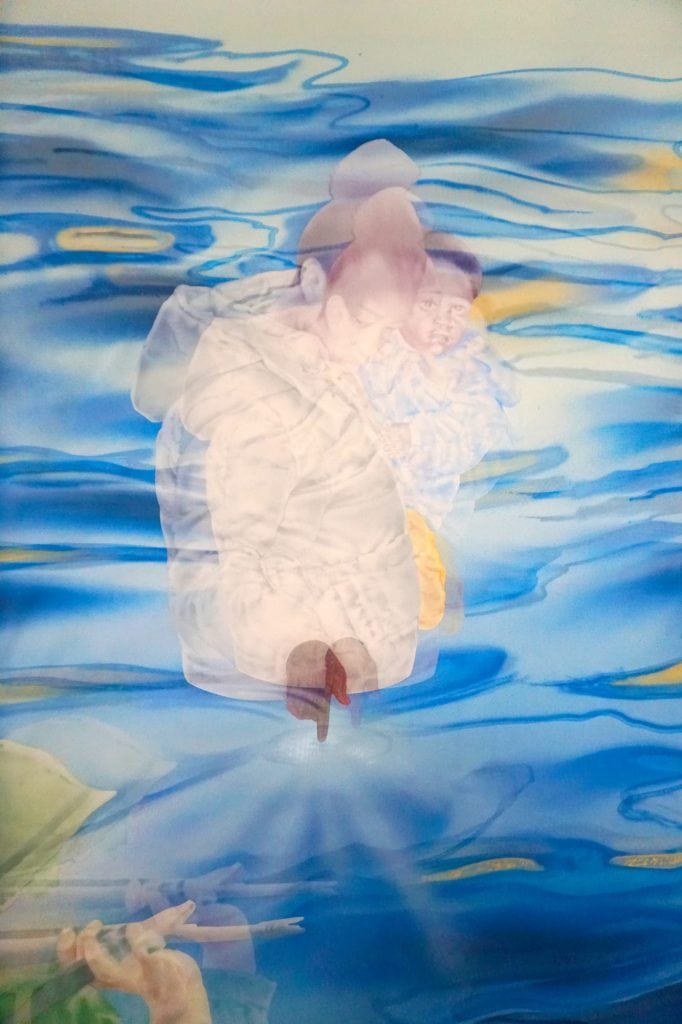