Every Tuesday in February on Howlarts.org!

Expect the spontaneity of a party when Howl Arts gives Janie Heath an open channel to introduce her work and that of some of her fascinating friends. Heath hosts the &Friends series every Tuesday in February. Howl’s signature &Friends programs feature weekly shows curated by one notable creator—with the voices, commentary, music, art, films, and writing of friends they work with and admire.

I wish I could give out refreshments through the screen! Seriously, I think of this event like a party. I know Howl viewers are interesting, unconventional, talented people. It is as if I am saying, ‘You remember this person, and you have wanted to meet this person, and you will just love this person, and wait—look who just flew in from out of town!’
—Janie Heath

Like an old-fashioned TV variety show, Heath will showcase writers, musicians, and others who express their own unique qualities through a diverse but contemporary range of work. “The emphasis is on literature, but anything might happen with this crowd,” she says.

We ask our &Friends resident artists to respond to the question, “What does collaboration mean to you?” Heath said:

Collaboration to me is a bit of shock at this time in my life. It requires me to gingerly crawl out of my cave—my isolated working life as a writer, which has been all the more isolated due to the pandemic. It’s a beautiful shock, and a gift from the very special team at Howl!, which for years has been like a home away from home to me. I get the precious and exciting chance to receive energy and inspiration from some of my many talented friends, and to have the privilege of sharing them with a new and wider audience. I am so grateful for the people I know. I have always thought myself lucky—I love people, but I also love solitude. I want it all! And I want to share it with my friends in Howl TV land.

Janie Heath’s writing has been published in Big Bridge, Mr. Beller’s Neighborhood, Boog City, Brink, and Whiskey Tit Journal. An essay she wrote appears in the liner notes for the box-set G Stands for Go-Betweens Volume 2. She worked as a reporter for her hometown daily newspaper before moving to New York in the mid 1970s to get her BFA in film production at New York University. She worked on movies—a rock ’n’ roll-themed feature and a now-cult slasher—before her love of music led her to live in a London squat until she landed a job with an indie record label. She now lives back in New York, writing fiction and giving public readings.

Rhona Bitner is a native New Yorker. Her work has been widely shown in the United States and internationally. In the U.S., her work is included in the collections of The Art Institute of Chicago; The American Society of Composers, Authors and Publishers; Bayly Art Museum at the University of Virginia; The John and Mable Ringling Museum of Art; University Art Museum, California State University, Long Beach; Wellin Museum of Art at Hamilton College; and Whitney Museum of American Art. Her work has appeared in publications including Artforum, Beaux Arts, The Brooklyn Rail, The New Yorker, The Nation, and Rolling Stone. She was awarded a Pollock-Krasner Foundation grant in 2020. She is on the faculty of the School of the International Center of Photography in New York. 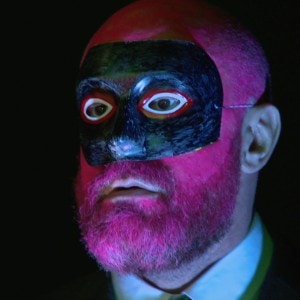 Tom Cole is a writer and artist living in the Lower East Side. His work has been presented at Participant Inc, Le Petit Versailles, Thread Waxing Space, Art on Air, Clocktower Gallery, ICA Boston, Performa, Oni Gallery, and the Boston Center for the Arts. He is a three-time MacDowell Playwriting fellow, and a 2015 Albee Foundation Playwriting fellow. Cole heads the New Play Commissioning Program at True Love Productions, where he has commissioned new work by Heidi Schreck, Jorge Ignacio Cortiñas, Craig Lucas, Nathan Alan Davis, and Sheila Callaghan, among others. He co-curates Experiments and Disorders, a literary series at Dixon Place. He has collaborated extensively with Anohni, most recently appearing in She Who Saw Beautiful Things at The Kitchen. 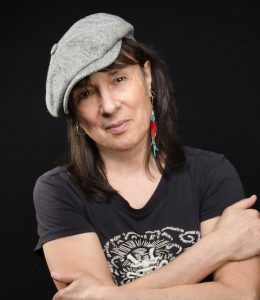 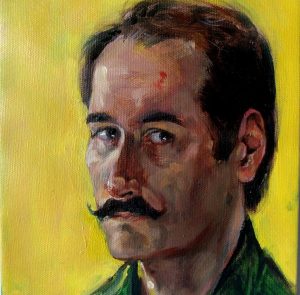 Leah Hennessey is performer, writer, and filmmaker from the Upper West Side. Most recently, she debuted her film Byron & Shelley: Illuminati Detectives at the Biennale de L’Image en Mouvement in Geneva, a pilot episode for a show which imagines the romantic poets as undercover agents of the Enlightenment in a science-fiction-weird world. The film is a collaboration with her artistic partner Emily Allan, with whom she has performed the critically acclaimed play Slash at MX Gallery and Joe’s Pub, and Star Odyssey at MoMA PS1. Leah is currently working on her debut solo album, a collection of songs written under the influence of possession by Lord Byron. 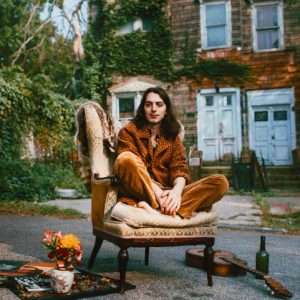 Robert Leslie is an indie-folk artist known for performing on streets across Europe, North Africa, and New York City. His alluring voice, soaring melodies, dense poetic imagery, and freewheeling approach to life have garnered him a large and loyal following. Born in New York City, raised in London and Amsterdam, Robert left home at a young age and spent two years supporting himself as a traveling street performer, ping-ponging with the seasons between northern Europe and Morocco, finally winding up in Brooklyn. Since arriving stateside he’s made himself a well-known figure in both the venues and streets of New York, and has been featured in the New York Daily News, Time Out, Deli Magazine (voted upcoming artist of the month), and various other blogs and publications. He’s toured across three continents and yodeled his heart out to crowds large and small. Robert’s fourth LP, Halfway Home, is due for release in the spring of 2022, and is his first collaboration with industry heavyweights. Until his ship comes in, you’ll find Robert enjoying a desperate, hand-to-mouth existence in Brooklyn. 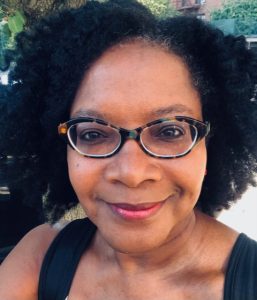 Wanda Phipps is a writer, translator, and editor. She is the author of seven books, including the full-length collections Field of Wanting: Poems of Desire and Wake-Up Calls: 66 Morning Poems, and the recently released Mind Honey. Her poetry has been translated into Ukrainian, Hungarian, Arabic, Galician, and Bangla. She has received awards from the New York Foundation for the Arts, the National Theater Translation Fund, and others. As a founding member of Yara Arts Group she has collaborated on numerous theatrical productions presented in Ukraine, Kyrgyzstan, Siberia, and at La MaMa E.T.C. in New York City. She has curated reading series at the Poetry Project at St. Mark’s Church and written about the arts for Boog City, Time Out New York, Paper Magazine, and others.

The legendary Kid Congo Powers, the premier voodoo guitarist for seminal sexy swampy bands like Gun Club, Nick Cave and The Cramps, is a restless aesthete. He used his early solo efforts to explore vocals and mix genres. With DRACULA BOOTS, Kid came back to his roots as a crackerjack guitarist playing the primitive music that inspired him; the raw sounds of garage and early Chicano rock. He has written a soon-to-be-published memoir. 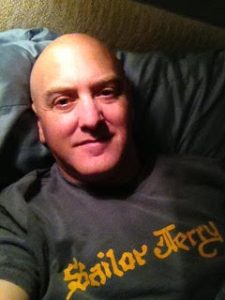 Gregg Shapiro is the author of eight books, including the forthcoming poetry collection Fear of Muses (Souvenir Spoon Books, 2022). Recent and forthcoming lit-mag publications include Exquisite Pandemic, RFD, Gargoyle, Limp Wrist, Mollyhouse, Impossible Archetype, Red Fern Review, Instant Noodles, Dissonance Magazine, and POETiCA REViEW, as well as the anthologies Moving Images: Poems Inspired by the Movies (Before Your Quiet Eyes Publishing, 2021), This Is What America Looks Like (Washington Writers’ Publishing House, 2021), and Sweeter Voices Still: An LGBTQ Anthology from Middle America (Belt Publishing, 2021). An entertainment journalist whose interviews and reviews run in a variety of regional LGBTQ+ and mainstream publications and websites, Shapiro lives in South Florida with his husband Rick and their dog Coco.

Philip Shelley is co-editor of Whiskey Tit Journal, an offshoot of the Vermont-based independent press, and his writing has been featured in publications including Pitchfork, Sad Girls Club, and Words & Images, and in the Word Portland anthology Ungatherable Things. He came of age as the guitarist and principal songwriter for influential New York City all-teenage art-pop band Student Teachers (recently the subject of KCRW’s Lost Notes podcast). The first chapter of his upcoming novel, Willett, received the Andre Dubus Award for short fiction. 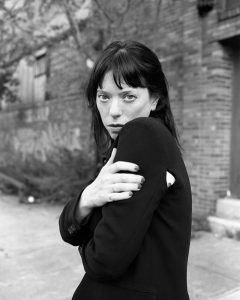 Dana Wachs is a Brooklyn-based composer and audio engineer who performs under the name Vorhees. She studied cello and electric bass from an early age, and joined the D.C. hardcore group Holy Rollers (Dischord Records) when she was 19. Audio engineering would define the following 20 years of her life while working at Greene St. Recording studio in New York, and then touring the world with St. Vincent, Grizzly Bear, and MGMT among many others. Vorhees’ debut EP, Black Horse Pike, was released in 2016 via Styles Upon Styles (Brooklyn). The EP was written, recorded, and produced by Dana Wachs in her Brooklyn home between tours. February 2019 saw the release of her latest work, Tracks for Movement, a compilation of scores for dance and film. Currently, Dana is in pre-production of her first score for a feature film, Confession, directed by Dayna Hanson (whose directorial credits include HBO’s Room 104 season 1, episode 6, “Voyeurs”). 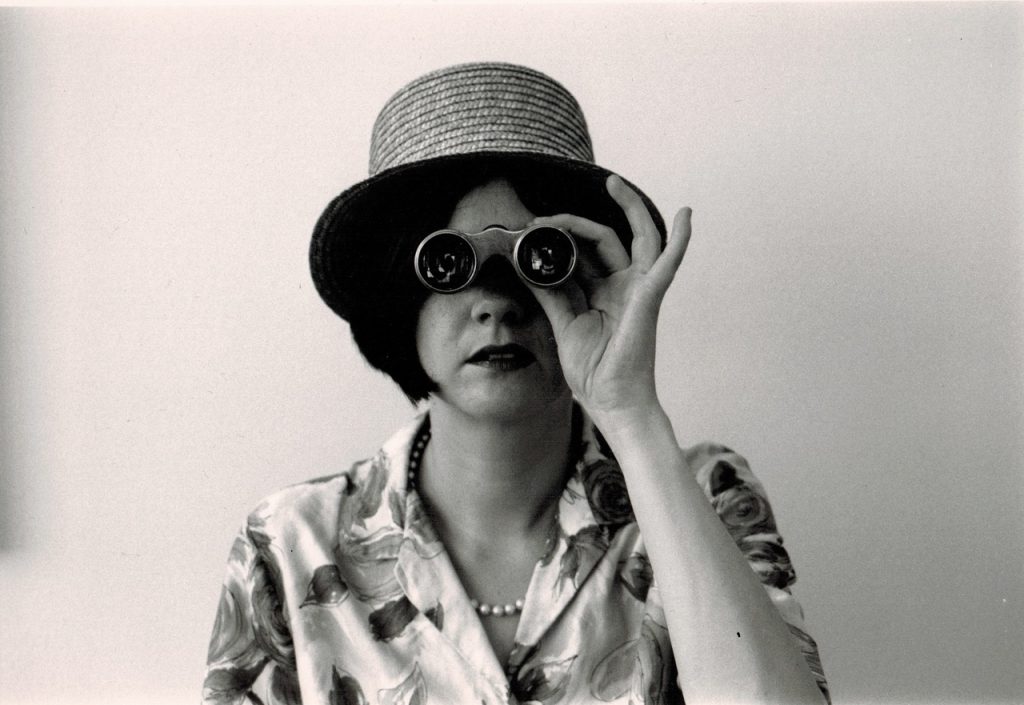