Published on Hambleton’s Birthday by Howl! Arts and Autonomedia

“I was alive when I died.…That’s the problem.”

In honor of his birthday on June 23rd, Howl Arts is pleased to announce the publication of Hero in Art—The Vanished Traces of Richard Hambleton. Hambleton is best remembered as the visionary artist who created guerilla public artworks, notably his iconic Shadowman series of black painted silhouettes that mysteriously appeared on buildings throughout Manhattan in the early 80s. Though he never viewed himself as a “street” artist, he is nonetheless seen as a progenitor of the movement. A contemporary of Keith Haring and Jean-Michel Basquiat, he was one of the principal players of the new wave of visual artists that erupted in New York’s early 80s East Village and Lower East Side art scenes. Foreword by Anthony Haden Guest. Co-published by Howl Arts and Autonomedia.

“I painted the town black,” Mr. Hambleton told People magazine in 1984. “[The figures] could represent watchmen or danger or the shadows of a human body after a nuclear holocaust or even my own shadow.”

In this biographical novel, author Istvan Kantor (AKA Monty Cantsin, the founder of Neoism and long-time friend of Richard Hambleton), tells the story of the enigmatic artist who frustrated and inspired those around him. Through personal experiences and recollections by those who knew him. Subjects include Michael O’Connell, Franc Palaia, Howie Seligman, Eileen Doster, Hank O’Neil, Oren Jacoby, Clayton Patterson, Julius Klein, Linus Coraggio, Tom Warren, Blake Sandberg, Hugo Ariz, David Zack, Pat Ivers, Rick Librizzi, Nemo Librizzi, and Mike Malbon, as well as romantic partners and other friends of Hambleton’s.

Fused into a dramatically flowing narrative, Kantor reports on the art and times of Hambleton with honesty, passion and audacity—from his arrival in New York determined to become the “next Duchamp”, his rise to the heights of art world society, and his tortured decline.

Born on June 23, 1952 in Vancouver, Canada, Hambleton studied at the Vancouver School of Art before beginning his Image Mass Murder series in 1976. These works mimicked the look of chalk outlines used by police during crime scene investigations. Settling in New York in 1979, Hambleton transitioned from street art to producing paintings in his studio. He went on to participate in both the 1984 and 1988 Venice Biennale. The artist died on October 29, 2017 in New York. Today, Hambleton’s works are held in the collections of the Brooklyn Museum, the Andy Warhol Museum in Pittsburgh, and The Museum of Modern Art in New York, among others.

Born in Budapest and has lived in many countries throughout the world. Istvan Kantor is a visual and media artist also known as Monty Cantsin. He founded Neoism in the late 1970’s in Montreal and moved to New York in the early 1980’s. He is a founding member of the Lower East Side street artist group the Rivington School. The writer has been arrested and jailed multiple times during his blood interventions in various museums. He was awarded The Governor General Award of Canada, in 2004. 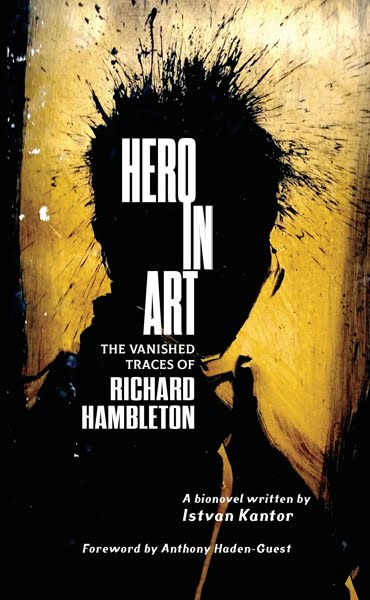