The Tommy is an annual award granted to a NYC-based early career artist or company who embodies Tom Murrin’s generous artistic spirit and gift for unearthing big, meaningful ideas by creating resourceful, exuberant, mysterious, enlightening, theatrical, luminous and remarkable performance. The award was created in 2013 to honor Murrin, who passed away in 2012. He was an inspiration, a mentor and a role model for countless young and emerging artists. The award is intended to provide a transformative career opportunity to its recipient, who receives a yearlong residency, followed by a 3-night run at Dixon Place and an honorarium. Past recipients include ANIMALS Performance Group (2013), Andrew Schneider (2014) and Monstah Black (2015).

Laurie Berg makes work in a variety of forms including dance and performance, collage, and jewelry. With an ongoing interest in iconography, honed absurdity and sharp, sometimes dark humor, Berg draws out a multiplicity of meanings and associations from her subject matter to create a living collage. Berg is also a co-organizer of AUNTS, a roving event platform guided by core principles of collectivity, cooperation and sharing. Most recently her work was presented at Danspace Project and as part of the Joyce UNLEASHED Series at The Invisible Dog Art Center. She was a 2013 New York Live Arts – Studio Series resident artist, a 2010-2012 Movement Research Artist-In-Residence. Her jewelry, which plays with the juxtaposition of real and fake, new and old, precious and plastic, can be seen around the necks of many dance artists in NYC.

Howl! Happening is the repository of the Tom Murrin Archive comprising masks, costumes, scripts, correspondence, photographs, and tapes of performances going back to the early 70s. Murrin (February 8, 1939 – March 12, 2012) also known as The Alien Comic and Jack Bump, was a performance pioneer whose life and work inspired both artists and audiences for over 40 years. He was a member of the first generation of La MaMa playwrights. Tom wrote four plays performed through La MaMa and produced by John Vacarro’s Play-House of the Ridiculous, including the offbeat hit, Cock Strong, which toured with Ellen Stewart’s La MaMa Troupe to Paris, Amsterdam and Brussels. Under the guidance of famed rock manager Jane Friedman, Tom began to perform under the name Alien Comic, opening for acclaimed punk bands in rock clubs such as CBGBs and Max’s Kansas City. He performed in New York City clubs and theaters as The Alien Comic, appearing in such venues as The Pyramid, 8BC, King Tut’s Wah Wah Hut, Performance Space 122, Dixon Place, La MaMa, and more. Since the mid 80s, he created, performed, and curated a series of variety nights at Performance Space 122, and later at the La Mama Experimental Theatre Club and Dixon Place, called The Full Moon Show. His plays Sport-Fuckers and Butt-Crack Bingo were produced at Theater for the New City and La MaMa and directed by David Levine. Tom was the first performance artist to appear on stage at the original Dixon Place location at 37 East First Street in 1986.

Dixon Place, an incubator for performing and literary artists since 1986 and non-profit organization, is committed to supporting the creative process by presenting original works of dance, theater, music, puppetry, literature, performance and visual art at all stages of development. This local haven inspires and encourages diverse artists of all stripes and callings to take risks and push personal and professional limits. Dixon Place’s foremost priorities are to serve as a safety net for artists, and to provide vivid experiences for our audiences. Dixon Place is located at 161A Chrystie Street, New York City 10002. 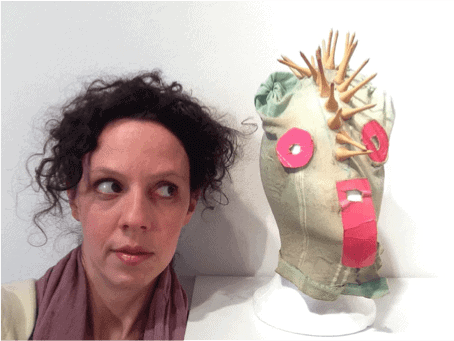