John Pizza: How does it Feel to Die Via Jellyfish

John Pizza brings his inimitable style and humor to How Does It Feel to Die via Jellyfish. As sure as we are born, we die, and that’s fascinating. But what does it feel like to pass away…to climb a blue volcanic mountain into the depths of the rejuvenating ocean? John Pizza presents his full moon show while we visualize stories told by the ghosts of bodies once living…stories so freshly dead they linger upon human-shaped lips like flickering sardines caught among the sticky tendrils of a jellyfish.

Hapi Phace is a non-specific-media artist whose 40-year career as a performance personality and prop maker is rooted at The Pyramid Club in New York City—where he honed and became known for his extemporaneous spoken-word emcee style. He currently resides in Massachusetts, where he works as a gardener. He is the founder of the Karload of Klowns performance/happening troupe of intermedia artists who come together to participate in live-art during his forays to New York City.

The late Tom Murrin, aka the Alien Comic, is known as the Godfather of Performance Art. His full moon shows delivered a new genre of performance with his irreverent and hilarious performance tactics which included props and costumes invented with street objects. Tom performed the Full Moon Show in honor of his moon goddess, Luna Macaroona. His magical and absurdly wild variety shows would always include his  friends —pushing the careers of such groundbreaking artists as David Cale, David Sedaris, Amy Sedaris, Blue Man Group, Ethyl Eichelberger, Lisa Kron, and many others. Howl! Happening’s monthly series continues that tradition, with performances in the gallery and surprise pop-up performances on the street. 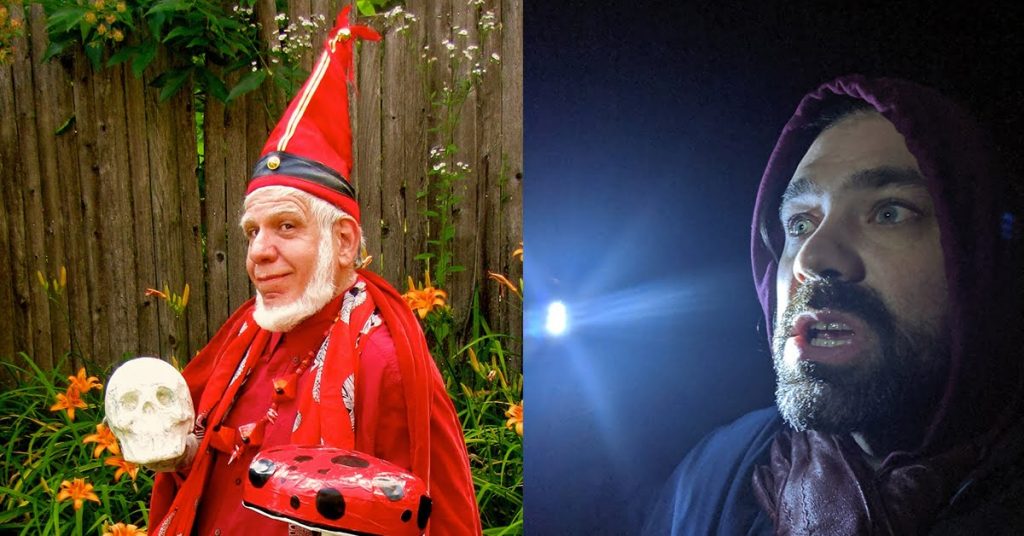