Fame is a Disease: An Exhibition of Arturo Vega’s Work

Fame is a Disease: An Exhibition of Arturo Vega’s Work

FEDERAL COURT OFFICERS STRIKE AGAINST 149 “HIPPIE” DRUG ADDICTS OF BOTH SEXES 53 Deposited at Court; Those Freed Were Encouraged to Take the Path of Righteousness— Headline from El National, February 13, 1971

The headline above from the Mexico City newspaper chronicles an infamous moment of violence against artists, intellectuals, and homosexuals by the authoritarian regime under Mexico’s “perfect dictatorship.” A stranger who came to town to escape this repression, Mexican-born artist Arturo Vega (October 13, 1947–June 8, 2013) made his way to New York City to study English, philosophy, and photography at the New School for Social Research in the early 70s.

While working on his first painting series in New York, he met and befriended members of the Ramones, who would soon play their first gig and become leaders of the punk movement. Widely known for his work with the band (he was referred to as the “fifth Ramone”), he would go on to design their ubiquitous logo, based on the Great Seal of the United States, that has virtually defined the transgressive punk rock aesthetic and become one of the most enduring symbols of that era.

And while the popularity and commercialism of the Ramone’s logo has overshadowed Vega’s origins as an artist in the social and political struggles of the late 60s and early 70s, Vega was always a prolific painter and printmaker who drew inspiration from widely disparate sources—creating artworks that co-opted and questioned symbols of power. Exploring his broader impact and contextualizing his work as a visual artist, Fame Is a Disease features paintings from Vega’s series Insults and Empire, as well as other iconic work reflecting his sense of humor, acutely attuned ear for language, and outsider’s eye on American social history, propaganda, consumerism, and popular culture.

In numerous group shows since the 70s, Vega’s work has recently been the subject of one-person exhibitions at CBGBs 313 Gallery, New York City (1992); Raleigh Studios, Miami Beach (curated by Sandra Schulman in 1994); Galería OMR, México, D.F. (2011); Casa Redonda, Chihuahua (2012); and at Howl! Happening: An Arturo Vega Project, beginning in 2015 and continuing into the present. He was the subject of a major retrospective at the Bob Rauschenberg Gallery in Florida in 2016.

Art is everywhere but there is never enough Art. Art has stopped being a chronologically correct string of schools and isms and is being born all the time, everywhere; Art connects to the eternal demanding fast changes and a reckless appetite for truth, justice and a better way of life. —Arturo Vega 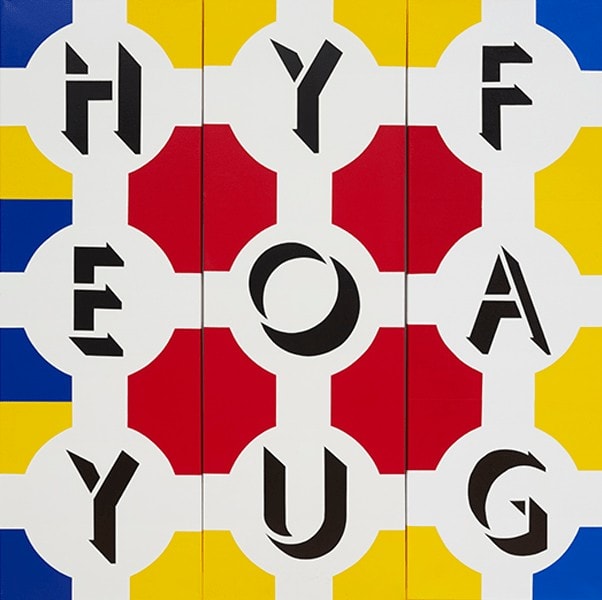