A Reading from the Old Neighborhood

PLEASE NOTE that this event is now taking place on Saturday March 9th, not 2nd.

Howl! Happening invites you to join us for a reading and fantastic music from the old neighborhood, featuring LES luminaries:

Host Drew Hubner is the author of American by Blood, We Pierce, and East of Bowery. Produced by Kristin Mathis.

Journalist and writer Sarah Ferguson has covered the East Village for more than 30 years—first for Downtown magazine, then the Village Voice, and now the Villager and Gothamist. She was twice nominated for a Pulitzer (for her reporting on the homeless movement and squatter rebellions), and was graced with an Acker Award in 2014. She’s also written features for Esquire, Vibe, Details, High Times, the Nation and Mother Jones. Now an avant gardener and mom, she’ll be reading from some of the unpublished screeds she penned as a witness to the neighborhood’s turmoil.

Angie Glasscock is a singer-songwriter born in Memphis, Tennessee. After experimenting with LSD in her junior year of college, she dropped out to pursue a bohemian life and moved into an artist colony in an SRO hotel in downtown San Diego. Glasscock moved to New York City in 1987 and worked as a waitress for several years at the beloved LES dive El Sombrero (The Hat). She works for the City of New York, specializing in HIV and reproductive health care; writing songs and performing is a new passion. Her songs reflect her country roots.

David Huberman has work published in Evergreen Review, A Gathering of the Tribes, Long Shot, Icon, and many other literary journals. He’s performed at The Public Theater, P.S. 122, La MaMa E.T.C., and other performance venues.

Darius James ​is a lecturer, spoken-word performer, editor, and author of five books. He​ ​lived and worked in New York City for 22 years as a freelance journalist and moved to Berlin, Germany, in 1998. His documentary The United States of Hoodoo was released to the German market in the summer of 2012. He returned to the United States in the winter of 2007 and is currently completing a series of stories for his next book, ​Aunt Katie’s Tales.

Annecy Kenny is a queer, NYC-based, self-taught musician and actor originally from North Carolina. They play piano, ukulele, guitar, and the omnichord, and are currently working on an album called Awakened: The Gospels of Cornchip, with a tentative release in 2019. Their drag work is inspired by Judy Garland, Amanda Palmer, Björk, John Waters, David Lynch, Divine, and Christeene. They use their platform to lift people up and build solidarity—speaking out against the stigma of mental illness and those affected by it.

Kristin Mathis (Producer) is a poet, teacher, translator, and activist based in New York City.  Her translations of Sappho are forthcoming in Ezra magazine (May 2019) and her own poems have appeared in a wide variety of literary journals. When not writing or teaching, she advocates for victims of gender-based violence and trafficking with the non-profit organization Sanctuary for Families.

Puma Perl is the author of two poetry chapbooks, Ruby True and Belinda and Her Friends, as well as two full-length poetry collections, knuckle tattoos and Retrograde (great weather for MEDIA). A fifth, Birthdays Before and After, is due for release in winter 2019. She is the creator, curator, and producer of Puma Perl’s Pandemonium, which launched at the Bowery Electric in 2012 and brings spoken word together with rock and roll.

Samoa was born in Hiroshima, Japan. He formed the first rock band in his high school and curated numerous music events in his hometown. He moved to Tokyo in 1975, where he acted and attended beauty school. After arriving in New York City in 1980, he began to do performance art at The Pyramid Club, ABC No Rio, La MaMa E.T.C., Area, Danceteria, and The Kitchen. In 1988, Samoa co-founded the notorious punk band The Voluptuous Horror of Karen Black with Kembra Pfahler. He started painting in 1995. After the 1999 WTO protests in Seattle, his painting has been predominantly focused on themes of political justice.

Kurt Wolf is best known for his contributions to downtown noise ogres Pussy Galore, Boss Hogg, and Foetus Inc., while continuing to make music under the moniker Lapis Lazuli. The music of Lapis Lazuli exists in a kind of parallel universe where rock was dead on arrival and soundtrack composers dominated the latter part of the 20th century. In a world gone mad, Lapis Lazuli offers comfort in the oddly familiar and a future that never was. 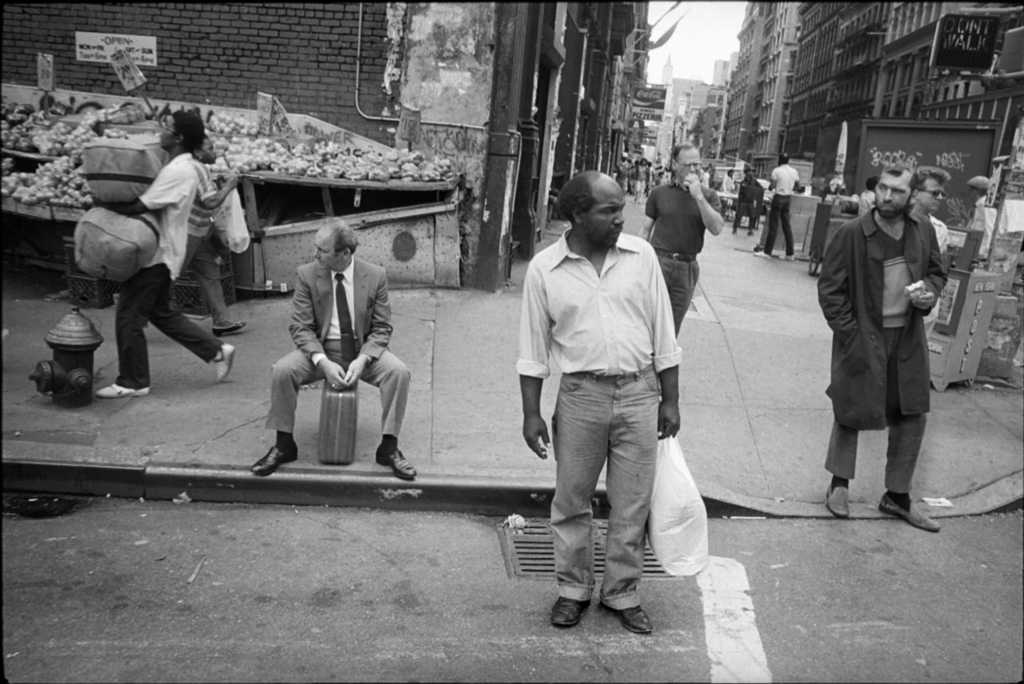