Dean Lance: Mourn The Dead, Fight Like Hell For The Living

Dean Lance: Mourn The Dead, Fight Like Hell For The Living

Lance is a Brooklyn-born video and visual artist whose work has been broadcast on PBS and screened at film festivals, universities, and museums internationally including MoMA, MoCA, and the New Museum, He earned his BFA at the School of Visual Arts in 1980 and incorporates his training in animation into his imagery, often composing his first draft through the viewfinder of a Polaroid.

As a lifelong New Yorker, his work captures and celebrates the passion, enthusiasm, and energy of his fellow activists and the quest for basic human rights—documenting and creating a first-hand record of events that mark pivotal moments that might otherwise be forgotten. His longtime colleague Penny Arcade describes him as having “drawn his way through the AIDS crisis.” A veteran member of ACT UP’s DIVA TV (as in those “damned interfering video activists”), his award-winning video, A Hard Reign’s Gonna Fall (Best Music Video, Atlanta Film and Video Festival, 1991) has been shown throughout the United States and internationally. 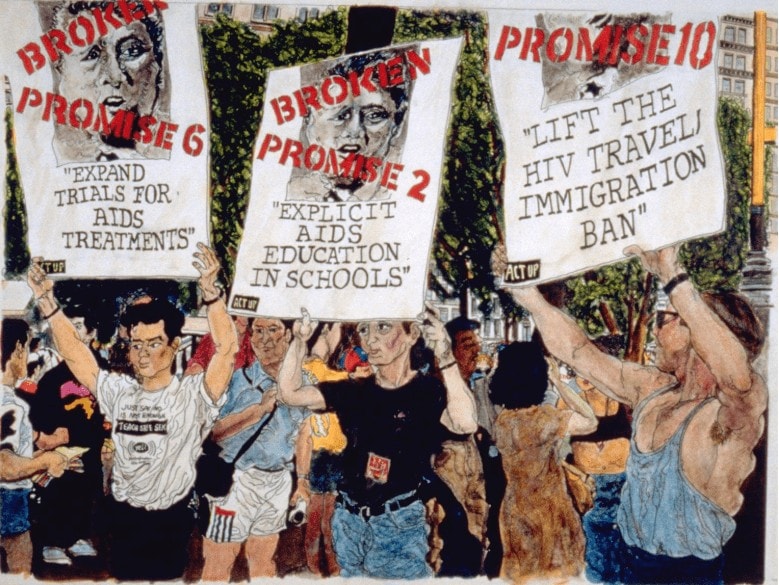