Collective Space/Embodied Resistance: 40 Years and Beyond of AIDS, Art and Activism

Collective Space/Embodied Resistance: 40 Years and Beyond of AIDS, Art and Activism

“We have lost heroes in this multi-passing-the passage of brilliant minds who we have lost. We cannot access them through anything except digging far in and finding them living loud through our heart and psyche. I needed them then and need them now.” – Julie Tolentino from Debra Levine’s Essay – Another Kind of Love: A Performance of Prosthetic Politics

In her book The Gentrification of the Mind, Sarah Schulman struggles to understand and express the loss to AIDS and how “a certain urban ecology of queer subculture existence has been wiped out, through both AIDS and gentrification” and that this “ecoside” has resulted in less diversity. Almost without realizing it—one person at a time—we lost pioneering artists who challenged the status quo in performance, installation, improvisational live music, dance, drag, and the intersection of new technologies. Schulman says, “When they died, their practice of creating new paradigms outside of institutional structures was removed from sight.”

Howl is pleased to present Collective Space/Embodied Resistance: 40 Years and Beyond of AIDS, Art and Activism, a panel discussion in honor of WORLD AIDS DAY featuring; photographer Lola Flash, performer Rafael Sanchez, writer Pamela Sneed, performance artist John Kelly and historian, Aldo Hernandez. Each panelist will present and contextualize specific bodies of work made during and speaking to the height of the AIDS epidemic followed by a moderated discussion with the audience.

It is particularly fitting that Howl focuses on the continuum of AIDS history in our community as we struggle to counter the gentrified mindset that pretends that AIDS never happened or is not happening right now. The artists on the panel have firsthand, lived experience of those early days and all have made work dealing with its impact on their lives personally and the fabric of our city.

The artists on this panel defy the gentrified mindset discussed in Schulman’s book by reminding us that art as resistance can channel our collective rage into moments of remembrance for what we’ve lost and celebrate our survival.  We honor our friends, family members and loved ones whom we’ve lost to HIV & AIDS while we grapple with the immense losses from COVID-19. As painful as it can be to unlock memories from our not too distant past, healing and wisdom can be derived from this looking back. Flash, Sanchez, Sneed, Kelly and Hernandez share with us their own ways of looking in hopes that we might see ourselves not separate but as a continuum of the ongoing history of HIV & AIDS irrespective of the identities we individually hold.

Lola Flash uses photography to challenge stereotypes and offer new ways of seeing that transcend and interrogate gender, sexual, and racial norms. She received her bachelor’s degree from Maryland Institute and her Masters from London College of Printing, in the UK. Flash works primarily in portraiture with a 4×5 film camera, engaging those who are often deemed invisible. In 2008, she was a resident at Lightwork and in 2015, she participated at Alice Yard, in Trinidad. Flash was awarded an Art Matters grant, which allowed her to further two projects, in Brazil and London. Flash has work included in important public collections such as the Victoria and Albert Museum in London.  Her work is also featured in the publication Posing Beauty, edited by Deb Willis, currently on exhibit across the US. Most recently, she co-led a talk at the Bronx Museum with Sur Rodney Sur. They spoke to the glaring lack of women artists and POC, with respect to the Art AIDS America exhibition. Flash’s work welcomes audiences who are willing to not only look but see. 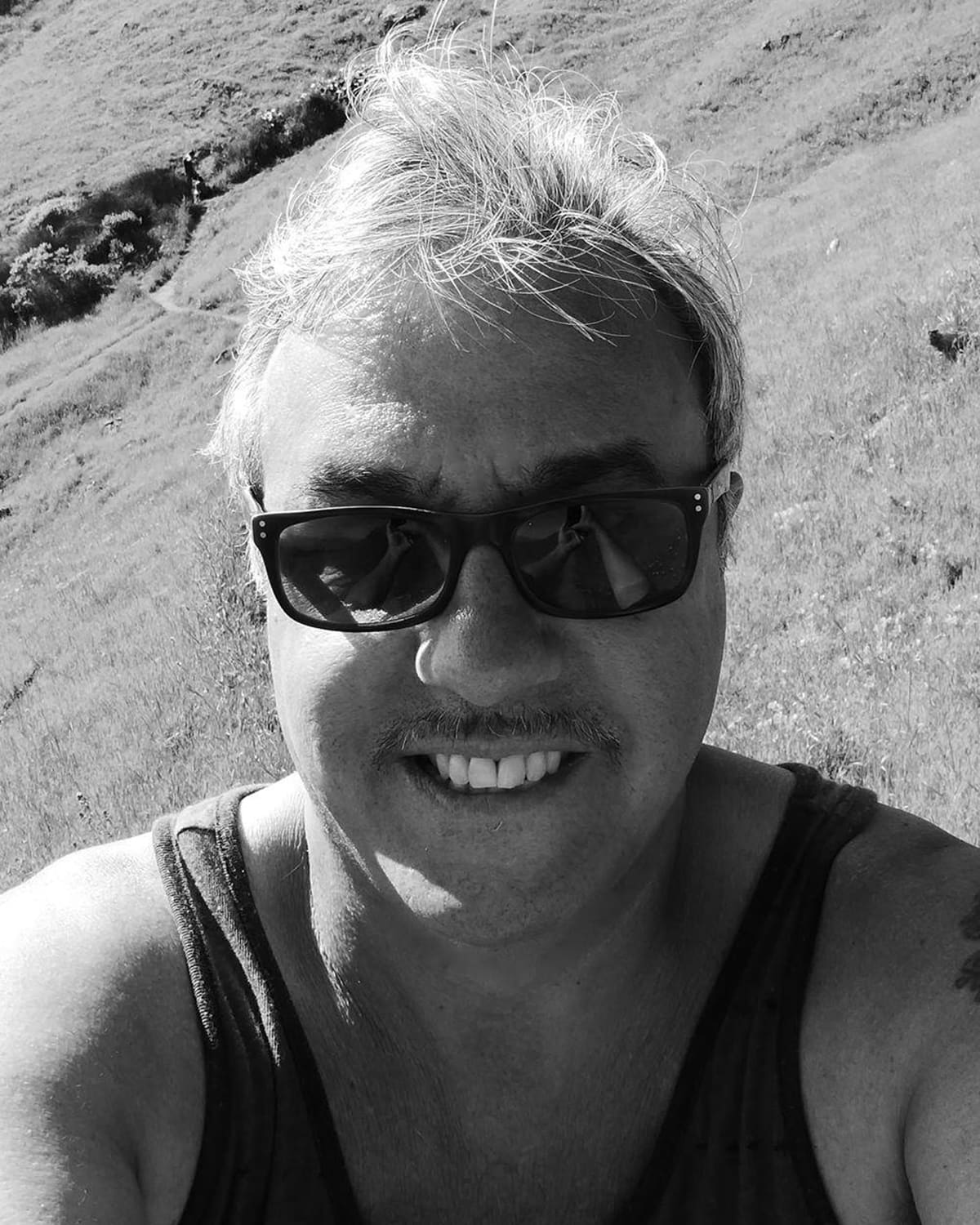 Aldo Hernandez; librarian, archivist, curator, music mixer and photographer was born in Cuba, raised in California and has lived in NYC since 1985. As a member the ART+POSITIVE collective within ACT UP, he curated the “Army of Lovers” exhibition at the PS 122 Art Gallery in November 1990 which included many artists that have since gained widespread recognition (among them Lola Flash, Nan Goldin, Hunter Reynolds, James Siena, Fred Tomaselli, David Wojnarowicz).  After moving to NYC Aldo worked in Development at MoMA, and in 1987 became the Development Officer and a music/poetry curator at Creative Time. During this time Aldo began working with performer Julie Tolentino and Diamanda Galás – an urgent vital time in their lives as they and their friends became committed to AIDS activism through ACT UP. Recently, Aldo returned to archival projects, and is currently organizing the Brian Butterick collection at Howl. Aldo is also Howl’s first librarian and steward of the unique collection, which emphasizes New York City’s East Village neighborhood.

John Kelly is a performance and visual artist. His performance works dramatize the lives of characters – whether actual or fictional – revealing their challenges, foibles, and humanity. Some of these works are directly autobiographical – others are inspired by the realities and hurdles of cultural outsiders, and political realities they navigate.  His visual art is based in self-portraiture, and frequently relates to the subjects of his performance works, including drawing, painting, photography, and video.  He recently completed his first graphic narrative ‘A Friend Gave Me A Book’, based his weathering a catastrophic trapeze accident. Kelly’s latest dance theatre work ‘Underneath The Skin’ (based on the life of the 20th century gay novelist and tattoo artist Samuel Steward) will have a multi-week run at New York’s La MaMa, in 2022.

Rafael Sánchez is a Cuban-born visual artist and performer based in New York City. Sánchez’ work combines traditional fine-art practice with personal methods and associate ‘conductive’ materials which include makeup, barn paint, asphalt sealer, honey, dust, and sugar. His drawings, installations, and performances embrace site and context, often utilizing elements from a mixture of intuitive and universal cosmologies with themes of transformation and transcendence. He was a companion and caregiver to friends in New York and Paris during the AIDS crisis of the ’80s and ’90s. Sánchez became HIV+ in the fall of 2002. In the artist’s words, “seroconversion was devastating, but in time that journey strengthened my belief in the interconnectedness of all things and the transformative power of art.”

Pamela Sneed is a New York-based poet, writer, performer and visual artist, author of Imagine Being More Afraid of Freedom than Slavery, KONG and Other Works, Sweet Dreams and two chaplets, Gift by Belladonna and Black Panther. She has been featured in the New York Times Magazine, The New Yorker, Hyperallergic and on the cover of New York Magazine. Sneed also teaches new genres in Columbia Universities’ School of the Arts. She has performed at the Whitney Museum, Brooklyn Museum, Poetry Project, MCA, The High Line, New Museum, MOMA, Broad Museum and the Toronto Biennale. Pamela appears in Nikki Giovanni’s “The 100 Best African American Poems.” In 2018, she was nominated for two Pushcart Prizes in poetry and is widely published in journals including, The Brooklyn Rail, Art Forum Magazine, The Paris Review, and Frieze Magazine. She recently published an article for Harpers Bazaar U.S. and has upcoming work in The New York Times. She is the author of a poetry and prose manuscript Funeral Diva published by City Lights in Oct 2020 featured in the New York Times and Publishers Weekly. Funeral Diva won the 2021 Lambda Lesbian Poetry Award. In 2021, Sneed was a panelist for The David Zwirner Gallery’s More Life exhibit, and has spoken at Bard Center for Humanities, The Ford Foundation, The Gordon Parks Foundation, Columbia University, The New School and NYU’s Center For Humanities. She currently has work on view at the Leslie-Lohman Museum of Art. 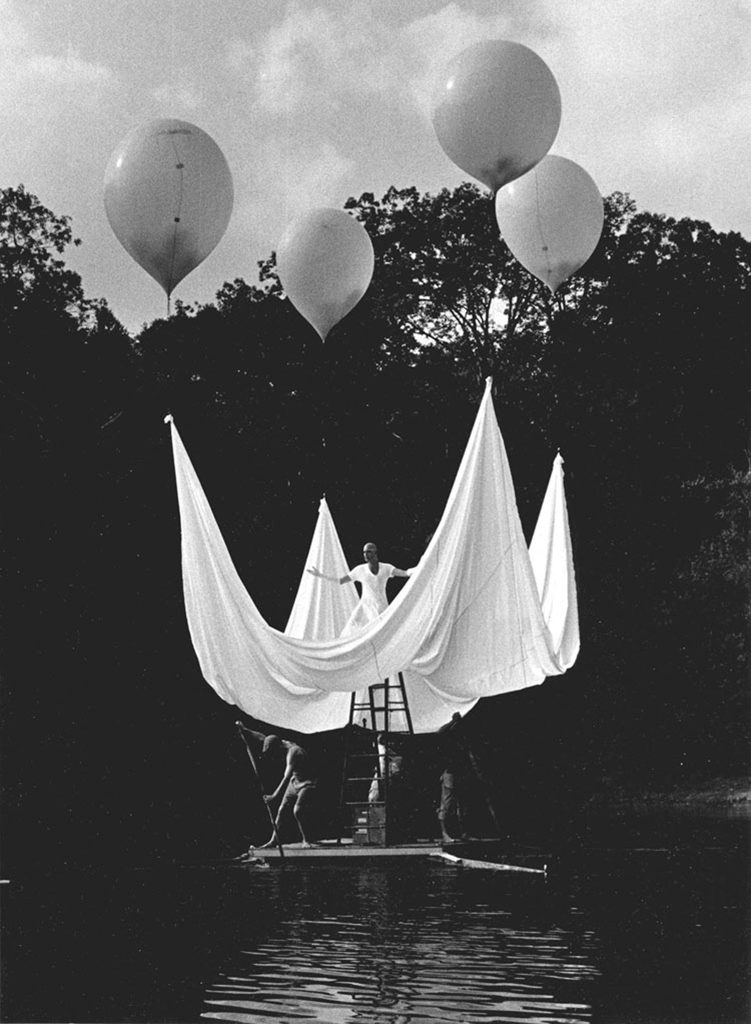 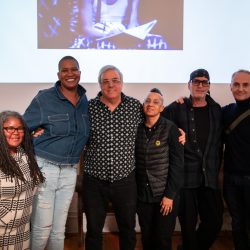 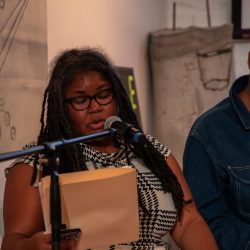 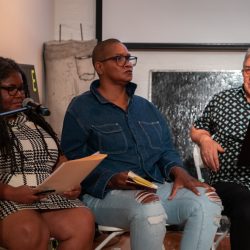 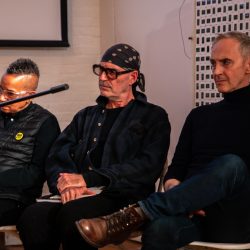 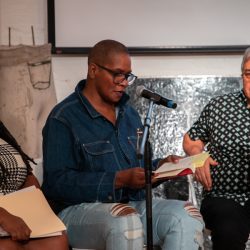 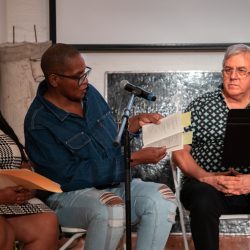 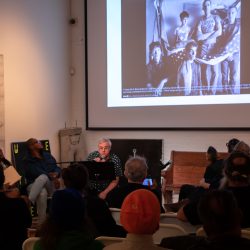 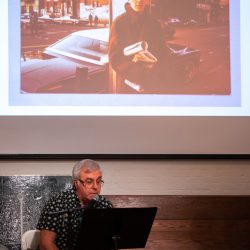 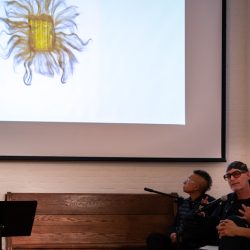 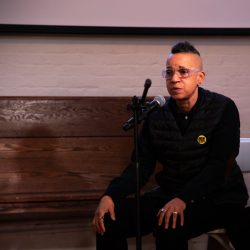 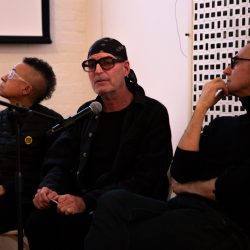 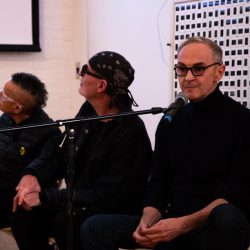