Join us for an evening of readings by Anthony Haden-Guest with live accompaniment by Keith Patchel, Walter Steding and Lorraine Leckie.

Works will be selected from Haden-Guest’s newly released spoken word album, The Further Chronicles,  on which he unleashes his funny verses on an array of subjects including social and sexual disorders, the art world, the past and an uneasy future.
The album was recorded and produced by Keith Patchel, whose hybrid music draws on sources including pop, classical and raw sound effects.

Anthony Haden-Guest is a writer, reporter, cartoonist, art critic, poet and socialite. He is a frequent contributor to major magazines and has had several books published.

So I’m sitting in a Starbucks listening to the Blues
Sound peculiar enough for you?
Thinking about all the interesting news
Wondering which bits of it are true
Nostradamus knew a thing or two
The End of Days is on its way
And this week’s countdown begins today 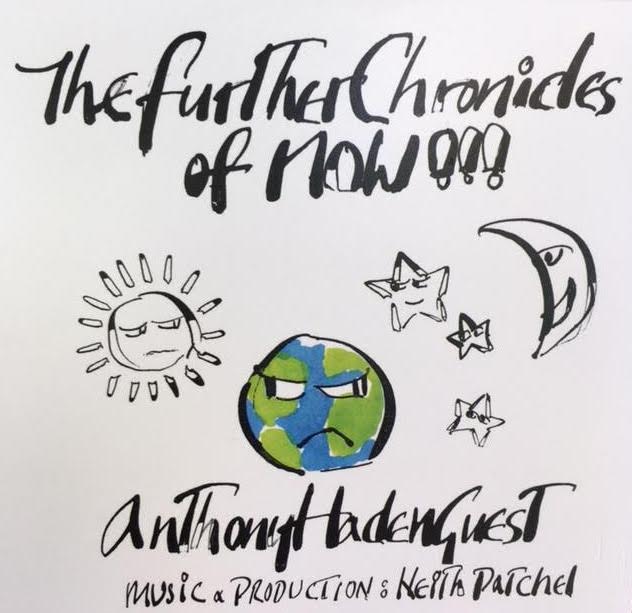