Howl! Happening is pleased to give ‘Howlers’ a multi-media celebration of Barbara Rubin in conjunction with the IFC premiere of the documentary “Barbara Rubin & the Exploding NY Underground, followed by a Q&A with the filmmaker Chuck Smith and host Cary Abrams.

For the next four years, Rubin’s filmmaking and irrepressible energy helped shatter artistic and sexist conventions. A mythical zelig of the 60s, she introduced Andy Warhol to the Velvet Underground and Bob Dylan to the Kabbalah. Beyond shaping the spirit of the time, Barbara sought the deeper meaning of life. After retiring to a farm with Allen Ginsberg, she shocked everyone by converting to Hasidic Judaism, marrying and moving to France to live an anonymous life. Tragically, she died in 1980 after giving birth to her fifth child. For years, Jonas Mekas treasured all of Barbara’s letters and films and cherished her memory. Working with Mekas’ footage, the film takes us inside the world and mind of Barbara Rubin, a woman who truly believed that film could change the world.

Cary Abrams is a writer, historian, teacher, and archivist whose collection of Lower East Side written material was recently acquired by Howl! Happening.

Chuck Smith is a New York-based documentary filmmaker, TV producer, and author. His films include the award-winning Barbara Rubin & the Exploding NY Underground (2018), a bio-documentary about the 1960’s experimental filmmaker and scenemaker Barbara Rubin; and Forrest Bess: Key to the Riddle (1999) which features Willem Dafoe as the voice of the visionary painter. 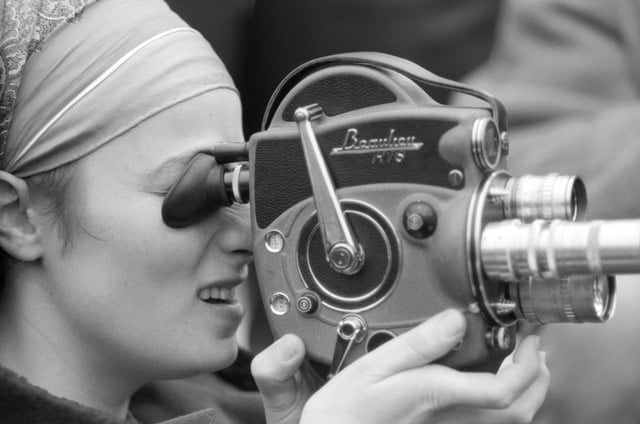